Join Us For The National Celebration Of Service!

Register Today
One in a Million

Evelyn Castillo is a Multiplying Good One in a Million Award recipient. She’s among the millions of people who are putting others first and using service as a solution to the problems we're facing. Read his story below then nominate someone who's making a difference during this unprecedented time! 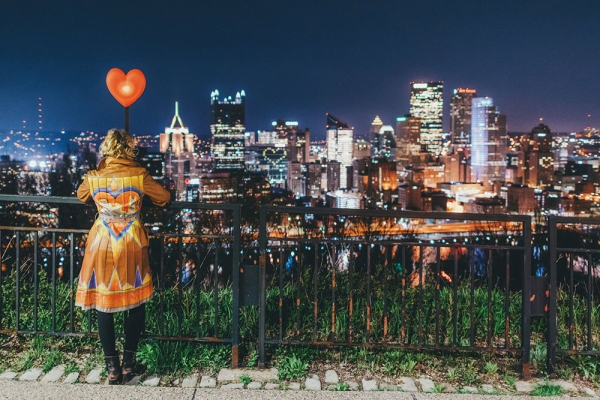 One in a Million Award recipient: Evelyn Castillo

How she’s are multiplying good: She is One in a Million. Evelyn was the leading force in pulling together the Illumination-Ovation in Pittsburgh to honor workers on the front lines. On Tuesday, April 7 and Tuesday, April 14 at 8 p.m., residents throughout the region were asked to turn on their lights, step outside and applaud first responders, hospital employees, mail carriers, grocery store clerks, delivery drivers and other essential workers who are risking their own well-being for others. The organizers were hoping that Pittsburgh Nation would join the coordinated “Illumination-Ovation” from their balconies, porches and yards while practicing social distancing. Participants were encouraged to clap their hands in a collective round of applause and light their homes, buildings and neighborhoods by using illumination such as holiday lights, porch lights, flashlights and phones during the event. Evelyn said:"It was a way for everyone to come together as a community, build solidarity, create a sense of belonging, and bring a little light into each other’s lives, even as we self-quarantine."