Join Us For The National Celebration Of Service!

Register Today
One in a Million

Chadwick Taylor is a Multiplying Good One in a Million Award recipient. He’s among the millions of people who are putting others first and using service as a solution to the problems we're facing. Read his story below then nominate someone who's making a difference during this unprecedented time! 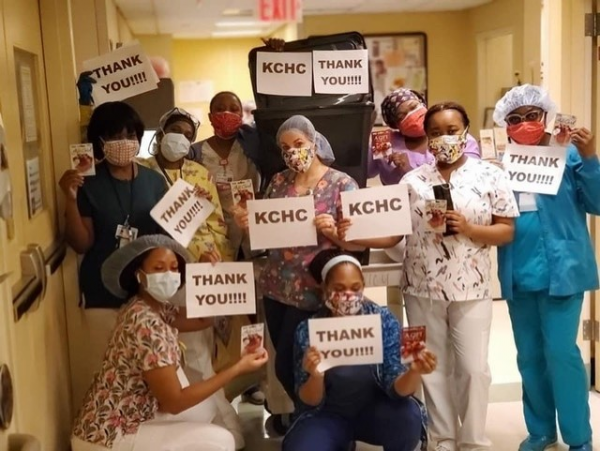 One in a Million Award recipient: Chadwick Taylor

How he’s multiplying good: He is One in a Million. I (Peggy Schlegal) was nominated for this one in a million award but only because of this man! At a time when this Coronavirus pandemic was at its HIGHEST uncertainty, Chad Taylor, a nurse, volunteered to go to NYC and help those on the front line. He raised thousands of dollars, took tons of donations and took his kind heart to help NYC. Wishing him the best and hoping for his safe return at the end of May!!!